The Umbrella Academy is a superhero /adventure /action web television series; its second season is scheduled to be premiered on 31st July 2020 on Netflix. The series is an adaptation of the comic book series of the same name, published by Dark Horse Comics. It received positive reviews from the critics and audience. The story is about the birth of forty-three children on 1st October 1989, concurrently, without a single sign of pregnancy in their mothers. From these seven children were adopted by an eccentric billionaire Sir Reginald Hargreeves, and were trained to become a superhero team, which he named “The Umbrella Academy.” He gave his children numbers rather than names, but their robot mother has ultimately named them. The estranged children were informed that their father is dead, so, they reunite to solve their father’s mysterious death and the threat of global eclipse. Justin H. Min is portraying the role of Ben Hargreeves, and he is looking cool in this The Umbrella Academy S02 Justin H. Min Jacket. Come on, guys! Grab the same jacket for yourself. So; hurry up! Place your orders before the stock ends.

This beautiful men’s jacket is manufactured from excellent quality genuine leather, with a soft viscose fabric lining inside. It is superbly designed with a hooded collar, long sleeves with zippered cuffs, two slant zippered waist pockets outside, one slant zippered pocket on the chest, two pockets inside, and a front opening with a zippered closure. This men’s beautiful real leather jacket is available in black color. 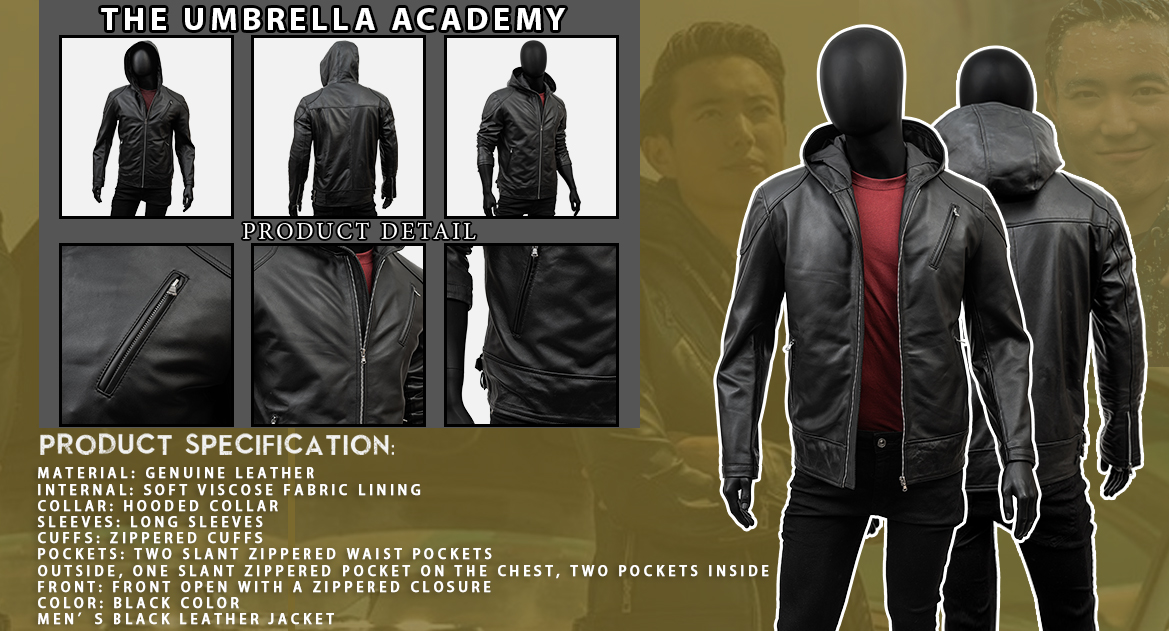 There are no reviews yet.

There are no questions yet, be the first to ask something for this product.