Best Seller
4.63 out of 5 based on 8 customer ratings
(8 customer reviews) | Write a review | Ask a Question

The Guy Richie directed, The Gentlemen, is a comedy/ action /crime film, that was first screened at the Curzon Mayfair Cinema on 3rd December 2019, later on, had a theatrical release on 1st January 2020 in the United Kingdom and on the 24th January 2020 in the USA. This critically acclaimed film obtained positive reviews along with a few troubled due to its racist and strong language at some point. The film is currently the six highest-grossing film of the year 2020. The story is centered upon an American ex-pat Mickey Pearson played by Mathew McCaughey, who is building a profitable marijuana empire in London, and he is trying to establish his business by implementing plots, and schemes, setting series of blackmail and bribery stealing the territory for his Marijuana Empire. Collin Farrell is playing the role of the coach which is a powerful character in the film. Collin Farrell is wearing The Gentlemen Colin Farrell Tracksuit in the movie. You also have a chance to get the same tack suit he is wearing. So, don’t be late; place your orders before the stock ends.

This men’s lovely tracksuit is manufactured from high-quality cotton material. Its jacket is produced with rib knitted collars, long sleeves with rib knitted cuffs, two waist pockets outside, two pockets inside, and a front opening with zippered closure. There is a pair of trousers made of the same cotton material. This stylish tracksuit is available in the blue color checkered design. 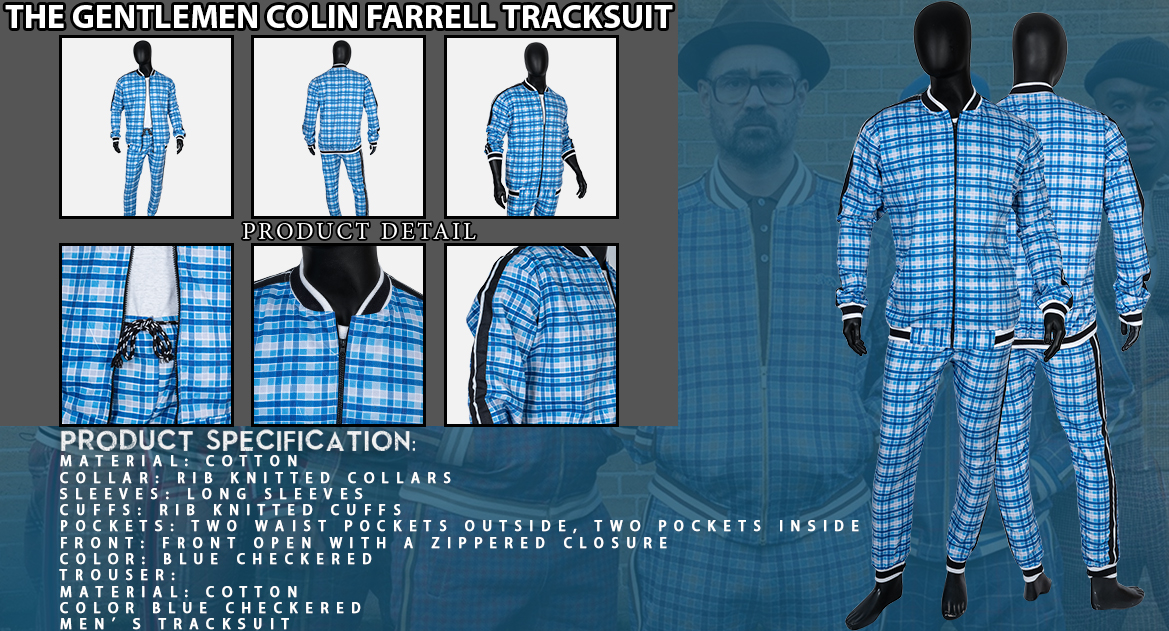