An upcoming Pixar film, Onward will soon be premiered on a big screen of cinemas. Barely Lightfoot appears as the older brother of lan lightfoot who serves as an adviser, savior and a close friend. Disney Onward Barley Lightfoot Denim Vest is constructed for Barley’s character, whose voice is Chris Pratt. This is Chris Pratt’s first role in a Pixar animated film.

Blue Denim Jacket material makes this jacket limelight of the movie. A feature like a large shirt collar and front button closure give rise to the style of the jacket. It has two waist pockets to carry small items along with you. The patches and prints on several parts of the jacket are the X-factor. 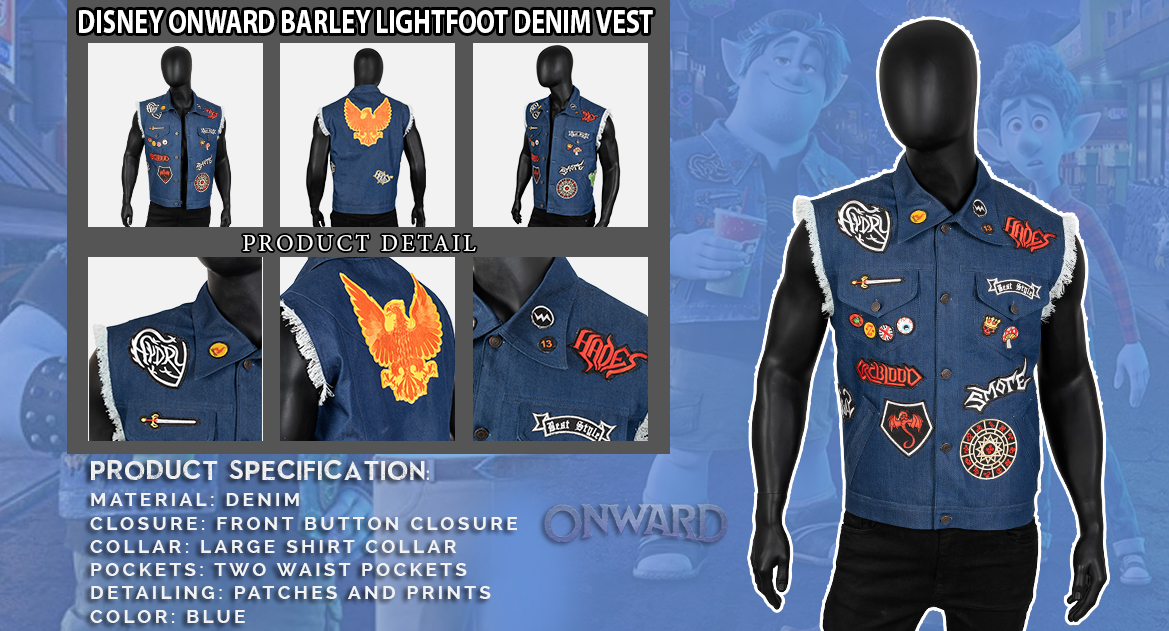