A Complete Guide of Supergirl Costume 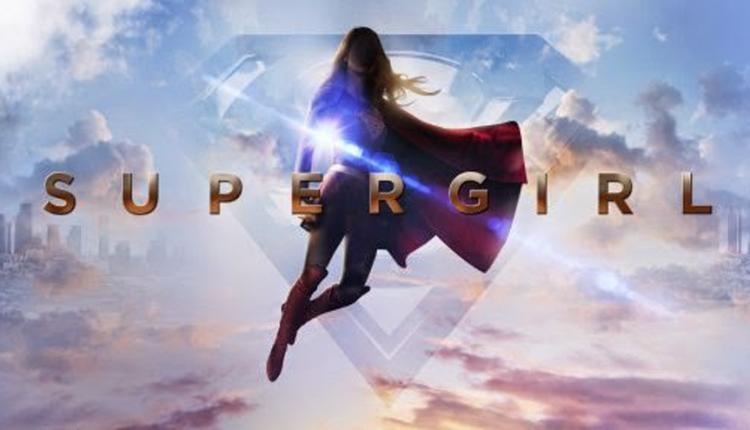 We all know who Superman is but how many of you have heard of the Supergirl? Supergirl is the name of a superhero. This character belongs to the American comic book series by DC comics. Supergirl is actually a cousin of Superman known as Kara Zor-El. Supergirl plays a supporting role in many DC comic publications. The Supergirl has her own unique superpowers and has a vulnerability to kryptonite.

There has been a TV series released on the Supergirl. It is an American TV series developed by Ali Ader, Greg Berlanti, and Andrew Kreisberg. The initial date of release of this show was 26th of October 2015. There are 5 released seasons of Supergirl and it has an overall of 100 episodes.

A plot of the Series

The series starts with Kara-Zor-El being sent to earth when she was only 13 years old. She was sent in a spacecraft from Krypton with her 13-year-old cousin. Unfortunately, the spacecraft lost control and crashed in a Phantom. It stayed there for 24 years. When the spacecraft finally landed on Earth, Kara’s cousin was grown up to be Superman. 11 years later, when Kara started to acknowledge her own superpowers is when the main story starts.

The next thing we know is that Kara’s superpowers were revealed to the world and now she is known as the National Protector of the City. Her attempt to save the city from all kinds of dangers and criminals what makes her the Supergirl. The role of Supergirl in the series is played by Melissa Benoist and the audience has loved her overall performance in all the seasons.

Apart from the amazing plot, the lesson and the characters there is one more vital aspect of the show which was loved and appreciated by the audience and that was the attire of Melissa Benoist. Our category consists of a wide range of exact replicas of the attires worn by these characters including Kara-Zor-El a.k.a the Supergirl. You can now avail of these amazing attires and slay your Halloween and costume parties if you decide to dress up as Supergirl for this years’ cosplay.

You must have seen Supergirl wearing this hoodie in the series. This hoodie was one of the most highlighted attire of Melissa Benoist in the series. This hoodie is made up of genuine and faux leather along with soft viscose lining on the inside. The jacket has a hood attached on the back which is of red color. It has a front zipper closure along with full-length sleeves with rib knitted cuffs. It has a rib-knitted hemline as well as a padded Supergirl logo on the front of the jacket. There are two side waist pockets and two inside pockets in the hoodie. The hoodie comes in a combination of red and blue colors. 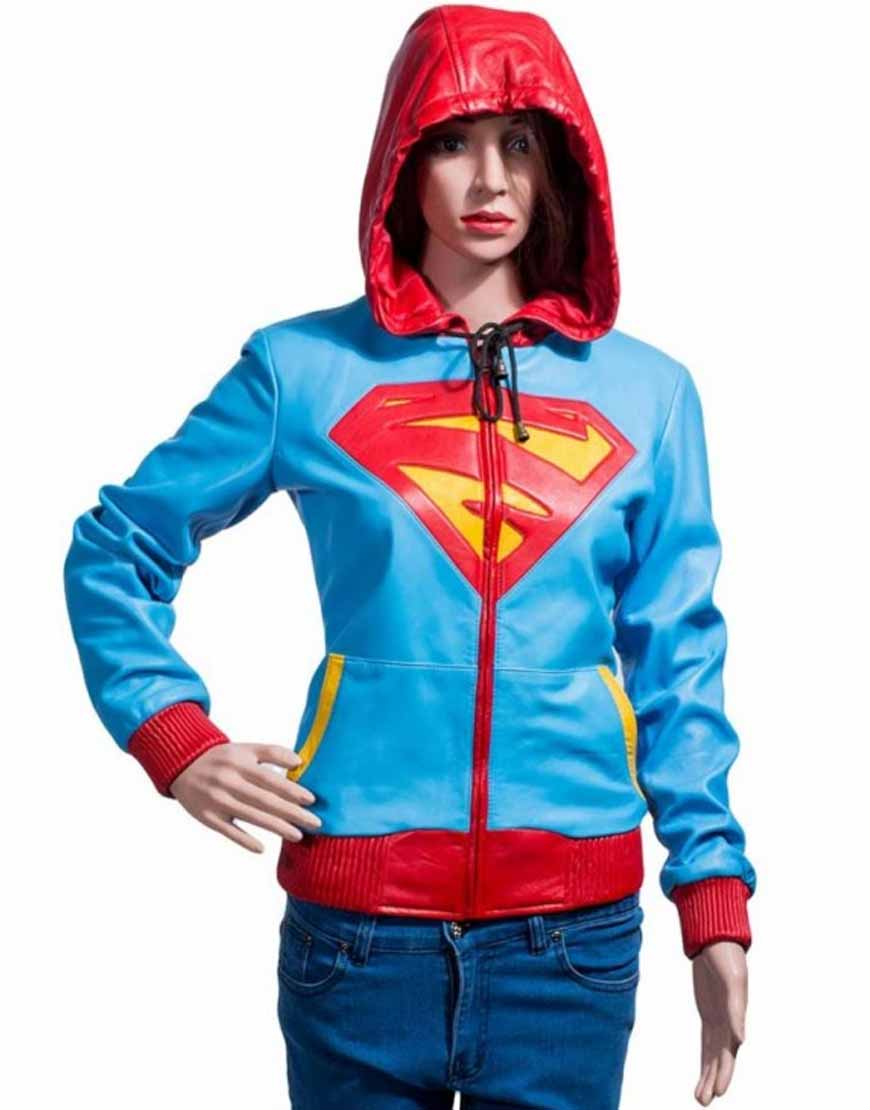 It is pretty obvious that the bottom of the Supergirl costume is a red-colored mini skirt. You can grab this mini skirt from our website. This mini skirt is made up of 90% polyester and 10% spandex. This is made in the USA and has a high-quality material and fabric. It has an elastic closure. This mini skirt comes in a variety of colors other than red. It has a stretchy fabric that would be comfortable for all sizes, consisting of a double stitched hemline and an elastic inner band. 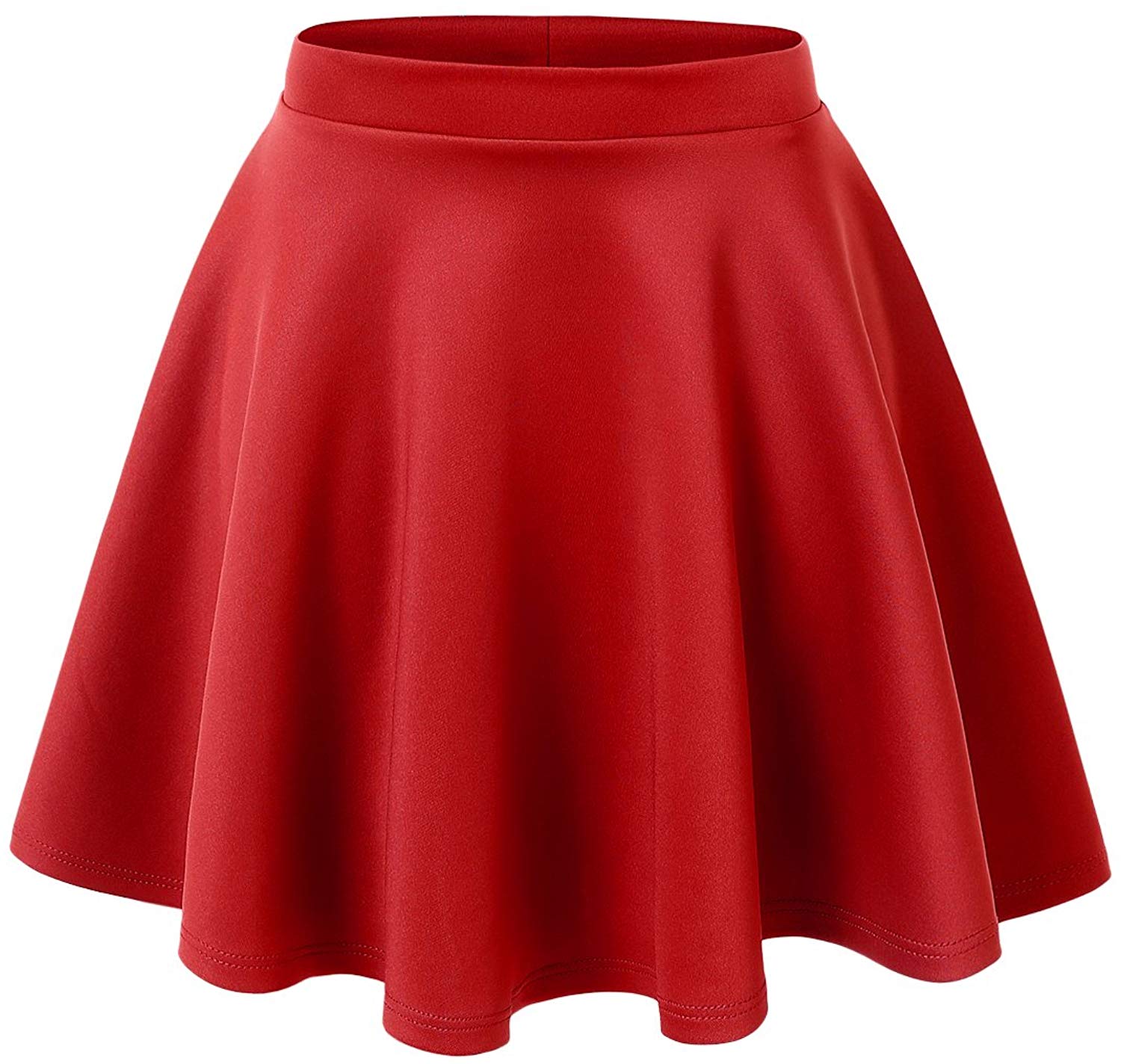 An outfit is never complete without a good pair of footwear. You can now avail of these amazing Supergirl boots from our category. These boots are made up of 100% polyurethane. These are imported, high-quality boots that would impeccably give the best finishing to your Supergirl costume this year. These boots have a leather and rubber sole for your comfort and ease. These are full-length boots with an in-step zipper. 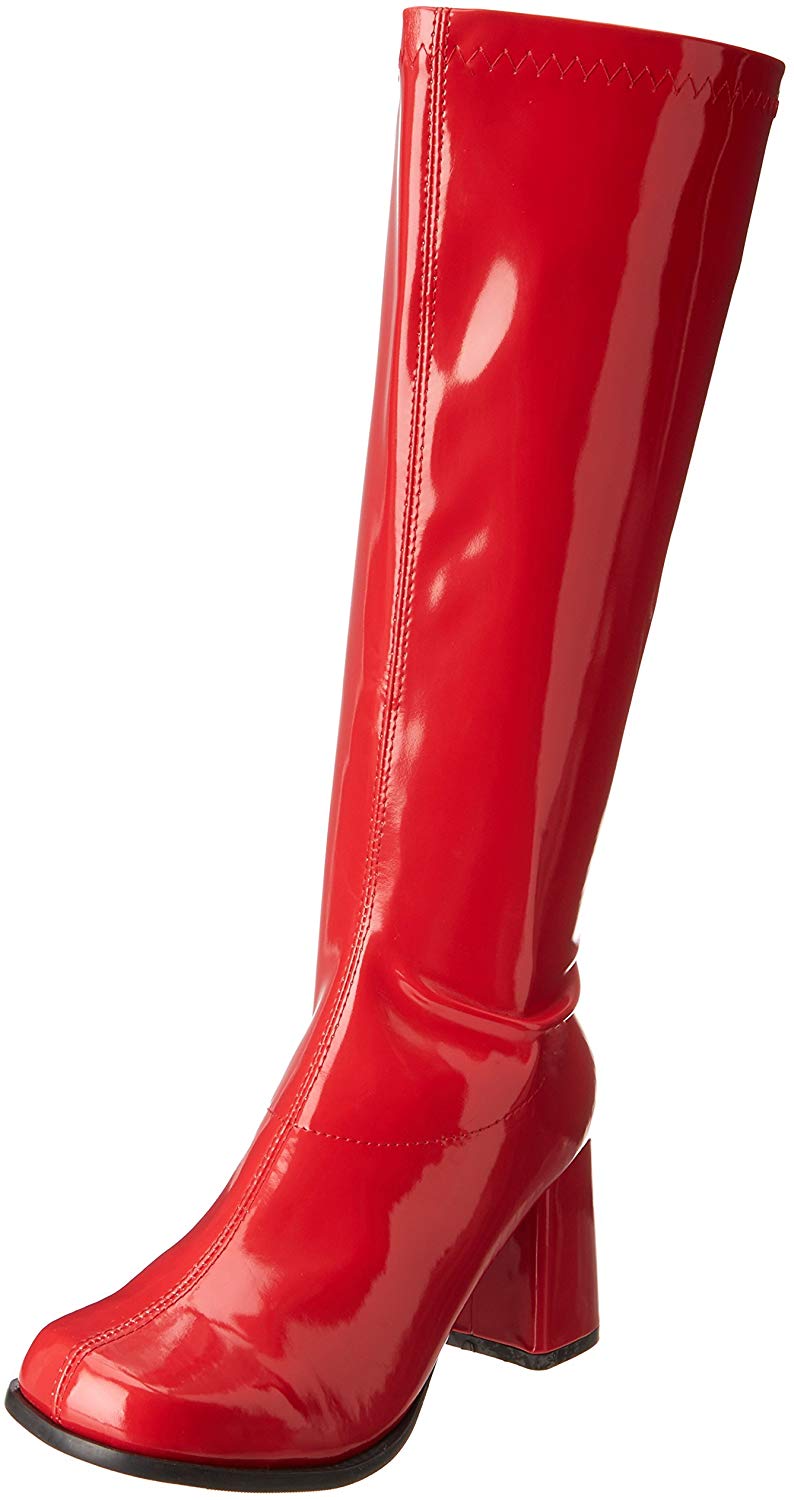 The character of Winn Schott is played by Jeremy Jordan in the TV series Supergirl. This jacket was one of the most highlighted of his entire attire in the TV series. This jacket is made up of cotton blend along with soft inner viscose lining. This jacket has a stand-up collar with front zipper closure. The sleeves are of full length along with open hem cuffs. There are two inside pockets in the jacket. The jacket comes in a dark blue color with a green design with leather piping. 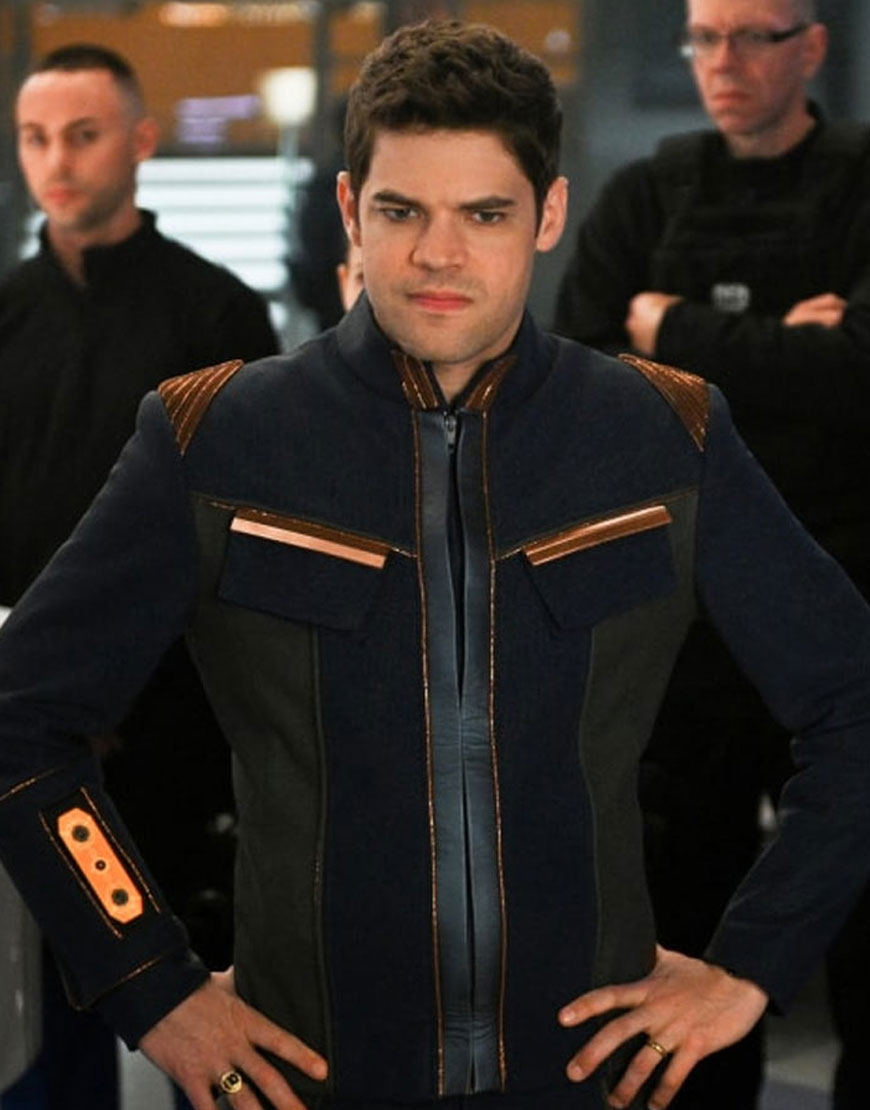 This shirt was pointed and highlighted by the audience, it was the most adored shirt of Supergirl. It is made of nylon polyester with soft stitching on the inside. It has a round sewed collar along with front zipper closure. It has full sleeves with stretchable cuffs. This shirt comes in a heather grey color and consists of black and red stripes arrangement on it. 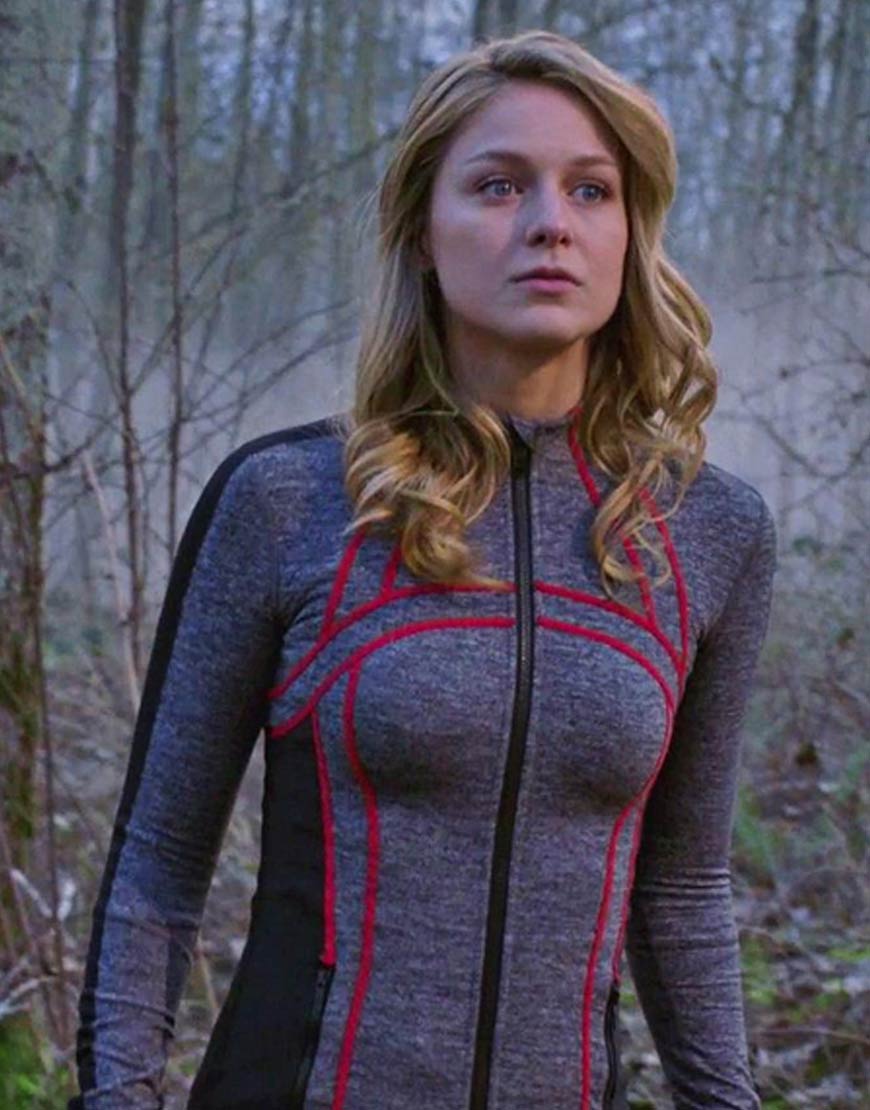