A Complete Story of Red Shoes And The Seven Dwarfs 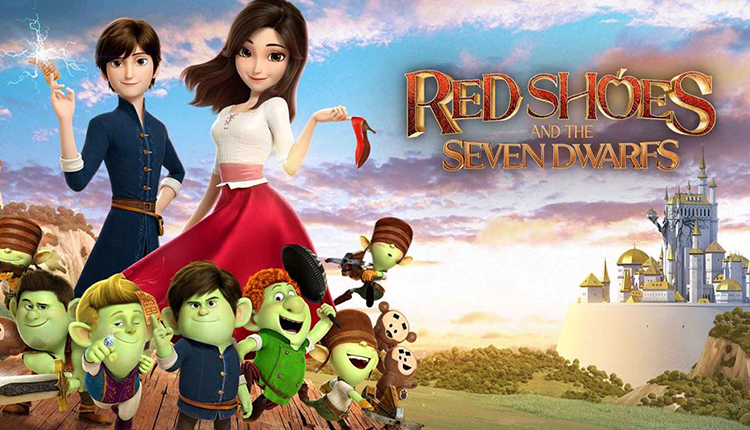 Red Shoes and Seven Dwarfs is a South Korean movie although it is in the English Language. It is a computer-animated fantasy movie. The movie is produced by Locus Corporation and is directed by Sung-ho Hong. The movie is based on a German fairytale created by the Brothers Grimm and its name was adopted by the Danish fairy tale Red Shoes.

Red Shoes and Seven Dwarfs was released on the 25th of July 2019. The movie has received immense love from the audience as well as positive reviews from the critics. It is distributed by Next Entertainment World. The movie is, of course, fantasy and drama and is fictional. The movie stars Chloe Grace Moretz, Sam Claflin, and Gina Gershon. The critics have praised their roles in the movie.

The plot of the movie starts on Fairy Tale Island where seven fearless men including Merlin (the leader), Arthur, Jack, Hans, and the triplets Pino are known as the heroic princes. These seven fearless individuals save a princess from a dangerous dragon. When they meet the princess, they misunderstand her to be a witch and attacks her since she was green in color. Her looks were the reason for the misunderstanding and in return the princess curses them all to be dwarfs with green skins. Whenever someone looks at them, all they will see would be seven green dwarfs.

As per the princess, this spell could only be broken with the kiss of the most beautiful woman in the world and that is unlikely to happen due to their unfortunate looks. A year later to this event, in the Kingdom of King White, an evil witch called Regina takes over the kingdom. As soon as her rule starts, people started to disappear including the King himself. The evil witch uses a magic apple tree to create a pair of red shoes every day that would provide eternal beauty to the one who wears it but all her attempts went in vain and she kept on failing miserably. 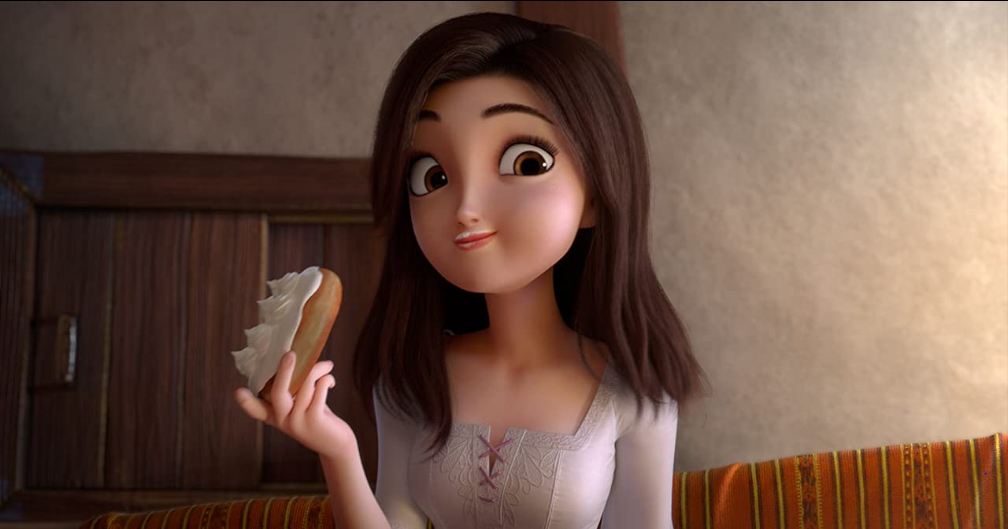 Snow White was the daughter of the King – she can be described as a little overweight but emotionally and mentally strong. When Snow White gets back to the palace, she finds the newest pair of red shoes, tries them on, and fortunately, they work! Snow White then turns into a beautiful individual. The shoes transformed her into a beautiful, thin, and gorgeous lady! Unaware of the fact that Snow White is her stepdaughter, Regina attacks her. Luckily, Snow White received a message from her father and successfully attempts to escape from the evil witch on a magic broomstick and starts her journey to find the seven green dwarfs.

Later in the movie, Snow White is now known as Snow, crash lands on the house of the seven dwarfs. They dwarfs befriend Snow in hope of a curse-breaking kiss from her. They promise to help her save her Father. That very night, Snow thinks that she heard something in the woods, in hope so see her Father she encountered a giant wooden bunny. The seven dwarfs save her and bring her back with the bunny.

Snow grows fond of the dwarfs, especially Merlin. Merlin and Snow go to Golden Goose Avenue to distribute posters of her father. Just like Merlin, every one of the seven dwarfs is trying their best to help Snow. On the other hand, Regina hires a man called Average to find the woman in the red shoes and promises him that she’ll be her date for the night. Average starts his hunt with his men and ultimately finds the house of the seven dwarfs. Those fearless dwarfs drive them away and save the princess. The triplets make a successful attempt in creating a giant wooden robot. 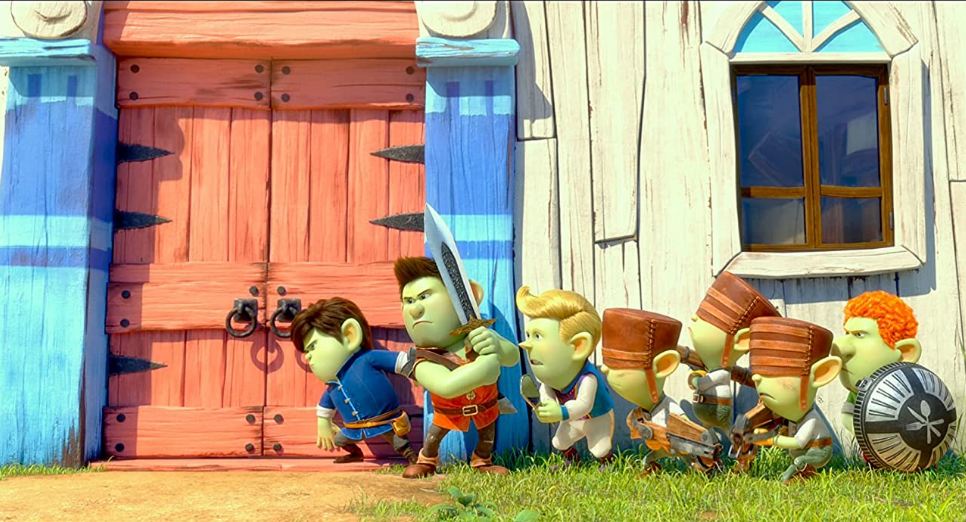 Simultaneously, Snow and Merlin grew closer and Snow tells her that she likes Merlin regardless of how he looks. She wanted to show Merlin her true self but was unable to get the shoes off. On the other hand, Regina makes Average and his men into monsters.

With the help of the magic broomstick, Princess, Merlin and a few others fly to Golden Goose Avenue to distribute the posters. They crash and fell due to Merlin’s daydreaming. On their way on foot, Snow confesses her love for Merlin and they kiss. Shockingly, the kiss doesn’t break the curse. On the other hand, Average (who is now a monster) finds the princess and the dwarfs and attacks them. Merlin tells the Princess to run and now looks back at him. Average somehow pushes him deep in the water. The Princess follows him in an attempt to save him. The Princess takes off her shoes so she can use her physical strength to help Merlin. Regina finally learns how Snow is and decides to find her herself.

Regina disguises herself as Merlin and walks up to Snow after Merlin and Snow leave each other’s side. In disguise, Regina offers her an apple to take off the shoes and she accepts the offer. Regina captures her step-daughter and takes her to the castle. As soon as Merlin gets to know. He rides the giant bunny to the castle and sends the bear cubs to gather everyone else. The giant bunny somehow knows a secret passage to get inside the castle and they both enter. 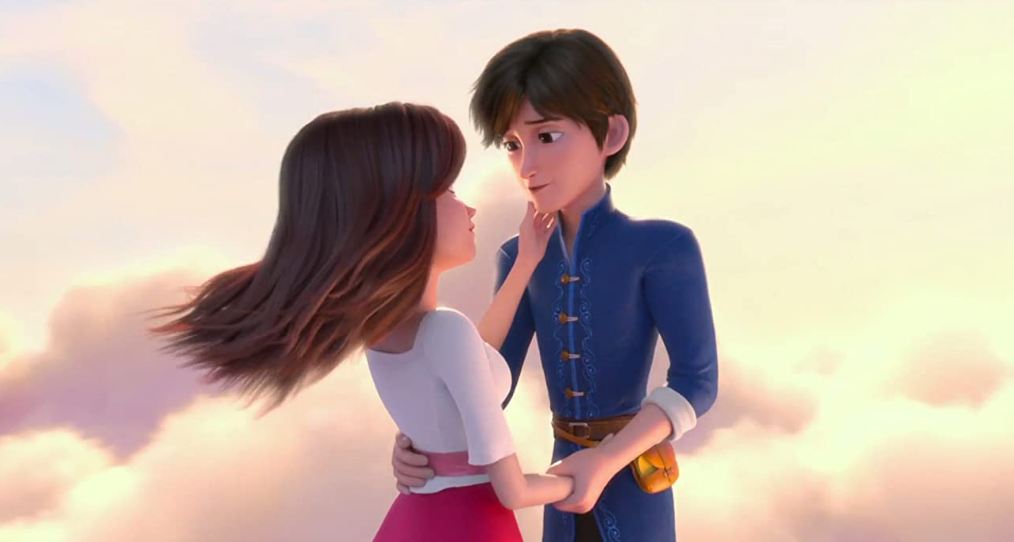 Merlin gets captured by Regina but was saved in time by his associates. Snow turns into her own self and eats an apple given by Regina that creates a new apple tree that produces red shoes. Finally, the bear turns back into King White and the bear cubs turn into little children. Regina grows old and weak and has finally lost. Merlin confesses his love for Snow and was about to die in her arms when she kisses him and his curse finally breaks. It gives them the happy ending that they deserve.

You can grab on Red Shoes and The Seven Dwarfs Merlin Coat from our category. This coat was the highlight of the movie. It is made up of high-quality cotton blend material and consists of a soft inner viscose lining. It has a stand-up collar with a front buttoned style closure. It has long sleeves with upturn cuffs and two waist pockets along with two inner pockets. The coat comes in blue color and could be used for cosplay purposes.

A COMPLETE GUIDE FOR MULAN COSTUME