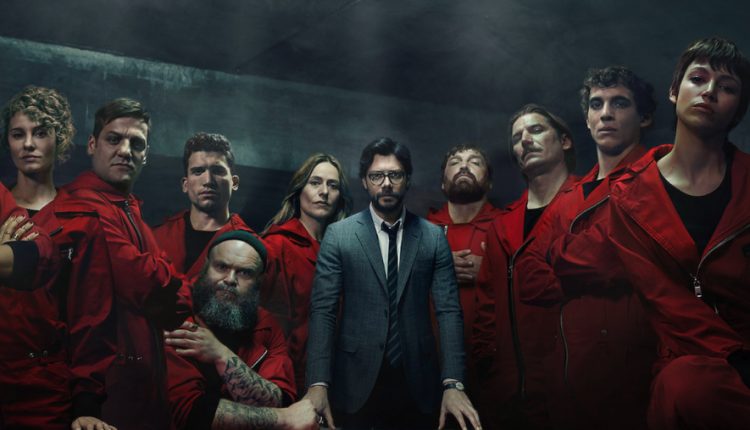 La Casa De Papel is a Spanish TV series by Netflix which is also known as Money Heist. This is a Spanish crime and heist drama which has been getting a lot of amazing responses from the audience. The show is created by Alex Pina and has 4 released seasons yet with a total of 31 episodes. The show revolves are a heist in the Royal Mint of Spain and went successfully. Part two of the show which is starts from the 3rd season is a heist that takes place in the Bank of Spain. The show was initially released on the 2nd of May 2017. The show has some of the most famous and talented stars of Spain including Alvaro Morte, Ursula Corbero, Paco Tous, and a lot more.

The plot of the Show

The show revolves are criminal activities and heisting. The Professor in the show played by Alvaro Morte gathers a team of 8 people and gives them names of cities like Tokyo, Berlin, Denver, Moscow, and Nairobi, etc. Each individual had their own strengths and weaknesses. The Professor ensured to not reveal the real names of the participants as to avoid personal attachments. In the first season, the heist was investigated by Inspector Raquel who later falls in love with the Professor and becomes a part of the team in the second heist which takes place in The Bank of Spain.

In the first heist, the team loses 2 members in including Moscow and Oslo. The team manages to get out of the Bank without being noticed and spends its time in cover. The show has been one of the most liked and adored show on Netflix by the audience. The show portrays extraordinary writing and the performance of each star was appreciated by the audience as well as the critics.

The participants of the heist wore a red jumper with a Dali mask which was their way of getting out of trouble and negotiating with the police. That particular outfit was loved by the audience and they demanded some of it for themselves as well.

Our category consists of a wide range of amazing costumes of characters of different movies, TV shows, music videos, and even video games. These are high-quality costumes that would be perfect for your casual, formal as well as costumes parties and events.

The costume which has been hyped up all over the world is now on our category. You can now avail of this Money Heist costume and make sure to have the best costume for this year’s Halloween or costume party. This costume is made up of cotton fabric along with a soft inner viscose layer. It comes in a jumpsuit style and has a hooded collar. It has a front zipper closure and full sleeves with open hem cuffs. This Money Heist La Casa De Papel Costume has chest zipper pockets as well as wide pouches for jumpsuits. It comes in a red color just as the one worn by the Money Heist characters. 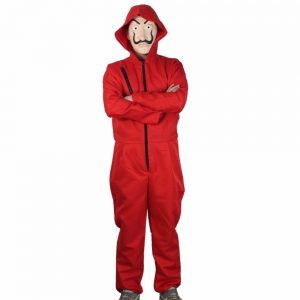 Having Money Heist Costume would definitely not be enough to be a Money Heist character for this year’s costume party. You need a Dali mask to complete the look. You can now avail of this Dali mask on our website. It is made up of 100% latex material and has the exact same face on it. It is a free size which can be suitable for everyone. Get this mask now and be whichever character you want to be from the team. 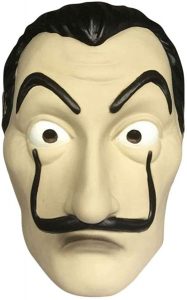 A costume isn’t ready until it has the right pair of footwear. You can now avail of this Money Heist footwear on our category. This unisex steel boots would be a good choice for your occasions like hiking and trekking as well. These boots are made up of 100% fine hair cell leather along with a synthetic sole. These boots are high-quality material and are imported. The shaft measures 7.5’ from arch. Get these boots now and complete your Dali look and express your love and support to the amazing show.

Remember that supercool rifles that everyone had in the show. You can now get a prop of that weapon to complete your Halloween or costume look. These are real-looking elite guns with a polymer lower receiver and stamped metal upper receiver. It weighs about 5.5 Lbs and would give you the perfect Dali look this Halloween evening.