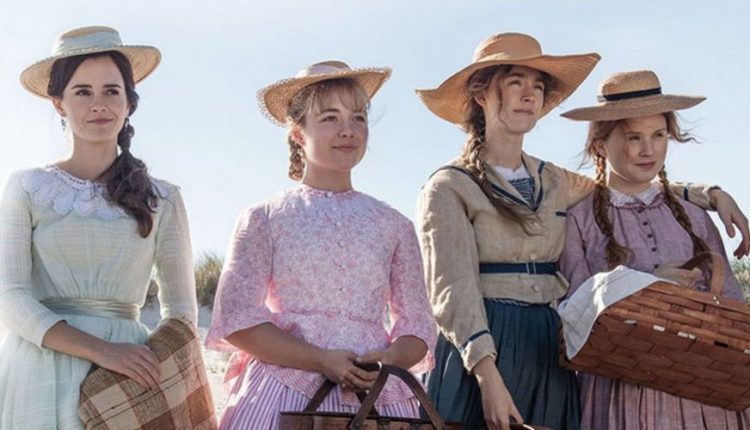 Little Women has been one of the most traditionalists yet aesthetic novels that this generation has read at some point in life. The novel was initially published in 1869 and received immediate success. Today., the plot of the novel has been adapted and embedded in the coming of age period drama film, Little Women. The movie has been declared to portray the same aesthetic and elegant plot of the novel. The film Little Women stars, Saoirse Ronan, Emma Watson, Eliza Scanlen and many other talented actors.

The basic storyline of the plot has been labeled as a romantic quest. The family drama has been validating virtue over wealth. The new form of literature that the movie has been holding the plot in, is surely something mesmerizing. If you have been in love with literature, then this is what you must give a read. The article comprises of the personality that Jo March has been carrying in the movie, Little Women. The novel is being depicted in the form of a movie.

The character of Josephine Jo March is the principle and has been portrayed by Saoirse Ronan. The Irish and American actress, Saoirse Ronan, is noted for her aesthetic performances in dramas since adolescence. The Lovely Bones, The Grand Budapest Hotel, Brooklyn and Lady Bird are some of her classics, for which she has been adored and loved. The portrayal of the character of Jo March couldn’t have been done better in any way. She has put her effort and acceptance into the character, which led to such beautiful character formation of Josephine Jo March.

As to discuss the character of Jo March, it won’t be wrong to say that she has been a strong and willful woman since quite a young age. In the movie, she has been shown to be a young woman, where she is struggling to overcome her temper and stubborn personality. She is competent and doesn’t think any less of herself. She is the second oldest of four sisters and has a boyish personality. Her real name is Josephine, but due to her boyish persona, her father always referred to her as ‘Jo’. Her temper and sudden anger always lead her into trouble. Her personality has been portrayed as quite competent and aesthetic, she is fond of literature and loves reading and writing both. She writes short stories and does compose plays for her sisters. As she has been shown as a supporting and loving character, she totally negates the idea of marriage, as she thinks that it will break down her family and separate her from her sisters and parents. Her independent character has been backed up when she rejects the proposal of her fellow professor, Friedrich Bhaer, whom she met as she started her career in New York City.

Along with the charming and independent character that Josephine Jo March has been portrayed with, she is also adored for the classic apparel that she is attired with throughout the movie. You will simply fall in love with the gorgeous yet aesthetic costumes that she has been wearing while portraying her strong and competent character. Little Women Jo March Costume has surely won over the hearts of fans, and we are sure that every single one you, who has been following the independent character of Jo March, wants to grab onto her entire look right away. Be it sandy brown trench coat, black coat or the red cape style coat – she has been looking gorgeous in every one of them. We are here with the essentials that you would require to grasp onto the look that Jo March has been carrying in the movie, Little Women. Let the Little Women Jo March Costume add elegance and beauty to your wardrobe. You can now carry the look that Jo March is attired within Little Women, for any costume party, and make out a gorgeous personality of an independent and an elegant woman. Check out the following particulars and grab onto the Little Women Jo March Costume right away:

As to imitate the strong and willful personality of Jo March from Little Women, grab onto this gorgeous black coat right away. The coat is made of cotton with a soft viscose lining on the inner side. The notch lapel collar leads down to front buttoned closure. The full sleeves, one chest pocket, and two inside pockets are accessorizing the look of the competent black coat. 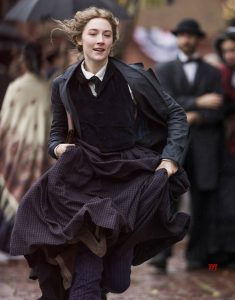 The family drama film, Little Women has adapted the plot of the novel with the same name, published in 1868. As aesthetic and formal the characters are of the Little Women, their apparels are also as dramatic. The character of Jo March has been attired with this gorgeous and elegant black hat, with lace around the edge. 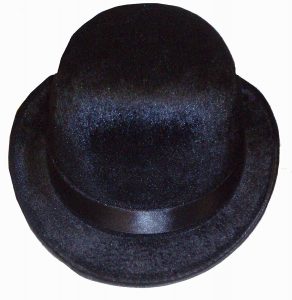 Along with the long black coat, Jo March has been spotted in a black vest. You can now grab onto the black vest right away, which is made of 100% polyester with a front closure of 4 buttons. The adjustable back strap will let you fit it accordingly. 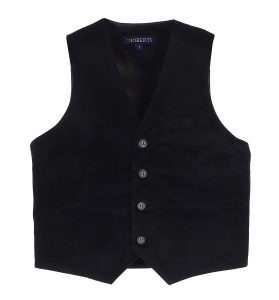 The red wool coat with a soft viscose lining on the inner side is a must to own. The coat comes along with a hooded collar. The cape style of the coat in red is what Jo March has been attired in Little Women. 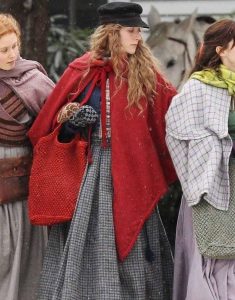 The handbag that Jo March has been carrying in Little Women, is entirely made with Katia Azteca wool needles which are lined with a fabric inside. The bag is available in red. Get this handbag to replicate the elegant look that Jo March is attired with. 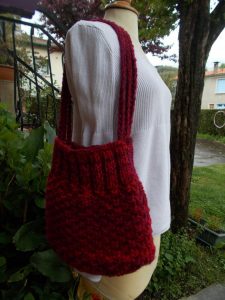 The sandy brown colored trench coat has been the iconic attire for Jo March in Little Women. The coat is made of 100% cotton with a viscose lining on the inner side. The notch lapel collar of the trench coat leads down to a buttoned closure. The coat is fashioned with full sleeves and two inside pockets. 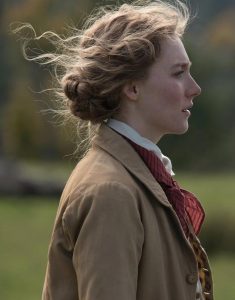 The shirt blouse to wear underneath the coat is made of 100% polyester. The fabric ensures no stretch. The bow tie neck along with long flounce sleeves and buttoned back is an attraction for the shirt. Grab it in white and cherish the elegant look that Jo March is carrying in Little Women. 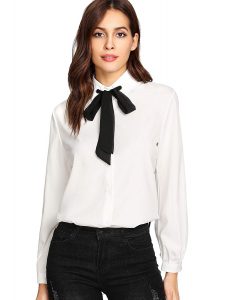 If you have been following the novel that has been the origin of the coming of age period drama film, Little Women, then you must be well enthused with the character of Jo March in the movie. As competent and strong the personality of Jo March is, her outfit surely justifies her personality which a charm. Being Jo March’s fan, you would love to own this costume that could make you replicate her charming personality. Grab onto the costume right away and add some elegance to your wardrobe. Let this costume be a reason of charm and elegance in your personality.