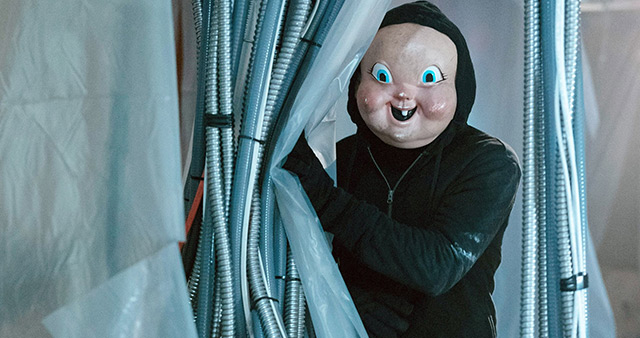 Horror films are known to help people cope up with anxiety. This is because when watching a horror movie, the brain triggers and brings about a feeling of being safe from the dangers of the world. It helps the people prepare themselves to deal with situations that may frighten them. So if you are hungry for a horror movie, Happy Death Day 2U will be able to get you adrenaline pumping.

Happy Death Day the first movie of the sequel and one of the low- budgeted movies that performed very well at the box office in 2017, revolves around a college going girl who relives the day of her murder over and over again till she is able to identify her killer. Though the genre of the movie is more of horror and mystery, viewers worldwide have liked its characters, mainly the killer baby face of the antagonist.

The movie was originally named “Half to Death” but was left at the shelves for decades. Director Landon rewrote the script and brought it to the Blumhouse production; famous for churning low-budgeted hits. They helped Landon get the movie in the making as Landon has already worked with them on several other movies.

The appearance of the antagonist is a memorable one that includes a mask that made the slasher look like a massive baby. After the release, Landon revealed that he had two concepts for the mask, a baby or a pig. A baby because at the time of pre-production Landon was expecting a baby and that’s what was on his mind. After pitching both the concepts to his designer, he was shown a prototype for the baby and knew that this was going to be a perfect fit for the movie. The idea of a pig mask never even made it to the prototype.

Since the release of the movie a lot of people worldwide have used this look to dress up for Halloween parties and the look is expected to remain for the generations to come as the mask is one of a kind and can never be mistaken for anybody else. It’s more like a symbolic representation of the movie and one of the many reasons the movie was successful. If you are planning to dress up as the antagonist of Happy Death Day for the next Halloween, you can shop the jacket at Ujackets.com to assist you in bringing out the look of the slasher and scare your friends.

In spite of the movie being a giant hit in the theaters, the fans were unable to understand the movie completely but now since the sequel is out and the third one is in the making, the director has revealed the clues in the sequel that were missed by the viewers in the first movie.

As the movie has been a favorite one for many around, the curious fans must watch the sequel so that they are able to understand the concept behind the first movie. However some smart viewers would have identified the clues in the first movie itself, so they can retreat themselves by watching the new one and the one to come.

Though the first one took quite some time to be released, Landon come up with a sequel so quickly and with the next one in line because as the story of the first movie is relatively fresh in the minds of the people he believes that it which will enhance their experience while watching the second one.

So the good news for the fans is that Happy Death Day 2u will reveal the missed out clues of the first movie; Happy Death Day along with more re-watches ahead since the director is working on the new one.

A Mesmerizing Guide For The Captain Marvel Costume