Become Pennywise from ‘It’ for Halloween (Makeup & Costume Guide) 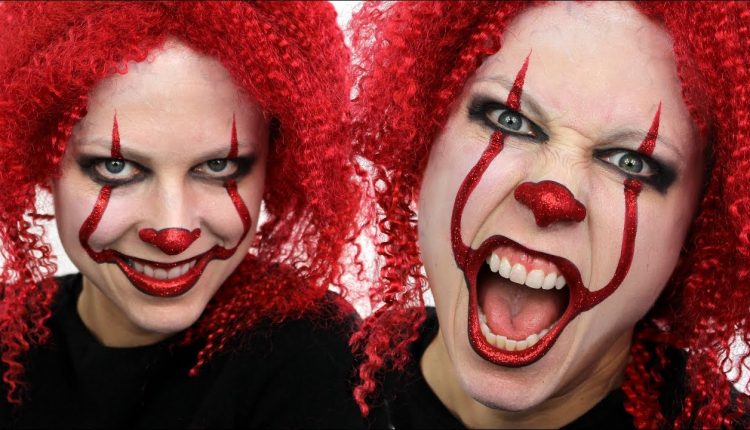 As funny and humorous the clowns are, you never know when they turn out to be scary and evil. Pennywise from ‘It’ is the scariest clown that you can even encounter with in life. The character has been portrayed in the horror movie ‘It’, released in 2017. The movie represents Pennywise the Clown as a horrifying creature on Earth. The movie is directed by Stephen King. The character of Pennywise has been an ancient cosmic evil that hunts down kids who have a fear with a weak mind. The Clown knows how to manipulate kids mind and shapeshift his personality according to the fear that their mind holds.

The Clown has been sleeping for a good period of 27-30 years and then later, it wakes up to have his feast. The ‘Fear’ is what he craves for. So, once you show him that you are frightened of him, you’ll be his feast in no time. Always thought of clowns as happy characters, didn’t you? But this Dancing Clown from ‘It’ is surely about to change your view. The scariest clown has been attired in a basic Clown apparel with that red nose, and big funny clown shoes. The only different aspect that this Clown has been giving us, is that it scares, rather than making you laugh.

The movie is based on a novel, where It has been a monster, referred to as Pennywise. Pennywise is the creepiest Clown who can shapeshift and change forms. The monster wakes up to feed himself and then again hibernates. What ever you fear from, is what Pennywise will change into. Whether it be bats, leeches, werewolves or sharks, it can sense your fear. If you have a weaker will or mind, it is much easier for Pennywise to get into your senses and control your mind. The movie has been rated with a good rating of above 6, in the genre of being horror. The movie lets you know that Clowns are not only funny and humorous, but they can be terribly horrifying as well.

Halloween is the occasion that sets you free to dress up as any character. Go with the evil cosmic character of Pennywise from ‘It’ and make a yourself a spot of attraction on this Halloween. Carve pumpkins and get hold on this costume, cherish big feasts with friends and family and wear this apparel with a creepy smile on your face. This Halloween dress up as Pennywise from ‘It’ and scare your little cousins and siblings with the scariest look of a Dancing Clown. Along with the attire get the scary makeover and imitate the exact Pennywise look. Check out the following items that composes an entire costume of Pennywise, the Dancing Clown. Get hold on these and get ready to imitate the look of a scary Clown with a red balloon in hand. Let it be a horrifying look, because this is what Halloween is all about.

Pennywise from ‘It’ Wig and Mask

The Dancing Clown Pennywise from ‘It’ is certainly the scariest clown that you might ever come across. The look of the Clown is essentially portrayed by the mask that the character attires in. The mask has a base of white color with red contrasting lips and nose, portraying a frightening look. The look of the face is an essential factor in attiring up as a scary character. The mask has a material of pleather and cotton with a breathable surface.

The wig is attached to the mask in dark maroon color. The wig has a material of satin and gives the perfect Clown look. The mask has scars over the forehead which gives you even a petrifying look. This is certainly one of the best accessories that you can grab over for this Halloween, you attire of a scary Clown will be completed with this wig and a mask.

Pennywise from ‘It’ Gloves

The scary face with a red nose and creepy hands with filthy nails is what a frightening Dancing Clown has. Pennywise from ‘It’ has been the creepiest Clown that you can ever imagine to exists. Along with his evil mind and craving for fear is what makes him an exceptional horrifying Clown.

You can grab these grey colored gloves imitating the same look from the movie ‘It’. The gloves are made of latex, which produces an elasticity in the gloves. The gloves have 100% other fibers which makes it look genuine. These gloves can be washed. The gloves have dirty grey nails attached to the fingers, which makes it even scarier to look at. Take hold on these gloves and complete your Pennywise look, and turn into a frightening Clown this Halloween.

Pennywise from ‘It’ Costume

The attire is the outmost apparel that highlights the look of a character. Pennywise has been attired in a costume that is made of satin, chiffon and polyester fabric. The costume includes a pant, top and a collar. The costume is available in white color with red highlights and frills.

The costume imitates the look of the character in a clear manner. The collar is attached over the shirt with frills all over. The satin shirt has a sleek material which enhances the Clown look. The pants have a slim fit from the upper side and a frill with red layering on the bottom. The red and white combination gives the perfect horrifying look. On this Halloween, make the best choice and go with the Pennywise from ‘It’ costume. As Halloween is all about scary and weird costumes, what else could be a better choice to go with?

Pennywise from ‘It’ Boots

The boots have a medium heel and laces all over the top. These boots are essential for you to gear up in. This Halloween enhance your Pennywise look with every detail of its costume. These shoes will be clearly enhancing your look as a scary Clown along with the dress, mask and a wig.

Pennywise from ’It’ Knife

The scary Clown without a weapon is not something to be satisfied with! The knife that Pennywise from ‘It’ has been gearing up with is a spring assisted knife which has stainless steel and a thick blade. The knife is what Pennywise has been using as his weapon to scare off the kids in the movie.

The knife has a silver anodized aluminum handle with black liner. The knife is about 8’’ long with a closure of 4.5’’. The black finish plain blade with a thumb stud has a Pennywise image along with his name. This is what you can hide in the pocket and scare your friends off with on the Halloween party this year!

Pennywise from ‘It’ Red Balloons 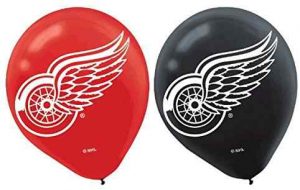 The Red balloons are what Pennywise uses to attract kids from under the hidden spot. You can have this pack of 12 helium grade latex balloons in a festive vibrant color. The red color is what attracts you to horrify the others.

Get attired in the Pennywise costume and hold up these balloons while calling kids to come to you and grab it. You’ll see what a frightening look you’ll possess. This Halloween be ready to gear up in the scariest apparel.

Pennywise from ‘It’ Makeup Tutorial

Along with an apparel, makeup is what matters a lot when it comes to replicate a look of any character. Pennywise, the Dancing Clown is attired with a white and red costume along with a wig and gloves. But above all, the makeover that the Clown has given is what you must adapt for this Halloween.

The white base of the face with red sizzling lips and nose are what highlights his character. Watch this tutorial and cherish the look of Pennywise in an accurate way. If you are doing something, then do it right!

Source – YouTube
Pennywise the Dancing Clown is the best character to imitate this Halloween. Grab the above-mentioned items that comprises his costume and cherish the look of a scary Clown. Along with a white attire comprised of a frilled shirt and pant, boots and gloves – the look of Pennywise can be easily imitated. This Halloween, cherish the occasion with your friends and family while being attired in a scary outfit of Pennywise from ‘It’. The outfit along with a makeover will turn your personality in a frightening one. Ask your friends to grab on the same outfit, and on Halloween, leave your place while dressed as a scary Clown along with your friends to horrify every kid out on the streets.

A COMPLETE GUIDE FOR MULAN COSTUME