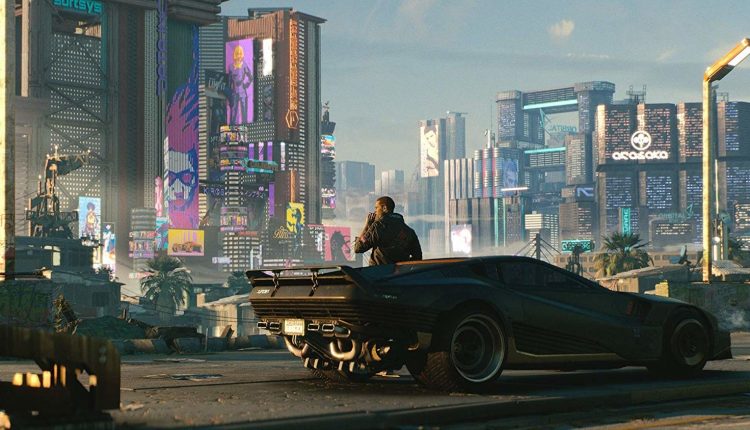 As videogames have been a significant need of today’s generation, the era of digital age has been targeted with astounding series of videogames. The intensity of gaming has raised the bar and requires real-time features along with the graphics, sounds and sensors. The Cyberpunk 2077 is a development of CD Projekt, that is about to be released for Microsoft, Xbox and PS4 on 16th of April, 2020. The game plots an open world, which is the most exciting factor of the game.

The game focuses on the graphics and implementing reality to the virtual life. The character V, Samurai has been a protagonist of the game and is a customizable character – so, this is where you get to choose your attire along with every detail of the character, even the sex.The strength, intelligence, reflex and tech are malleable to the character. V is designed to provide you with a real-life imitation in the gaming world, the moves, aims and appearance will make you believe in the reality of the character.The Cyberpunk 2077 V costumeis now available for you to grab on, and get the look of the main character of the game of the century. So, this Halloween, come up some innovation, and instead of getting attired in an apparel of a superhero, gear yourself up in the Cyberpunk 2077 V Cosplay costume, and enjoy a unique look among your friends. 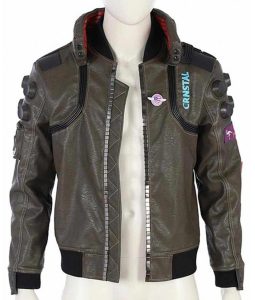 People playing the videogame will find themselves as the Character V; whose personality is totally customizable. You can choose the sex, apparel and even the facial features.The Cyberpunk 2077 jacket protagonist defines the character’s attitude and personality.

The Cyberpunk 2077 protagonist cosplay costume comprises of a leather jacket along with the classic cotton pant. The pants are composed of cotton along with a combination of polyester. The pants have an adjustable waist tab with a front button fly. The pocketing of the pant is of the same fabric that the pant has.

Complete the look of the Character V, by gearing yourself in the astounding costume, that will not only make you feel possessed with the characteristics of the player, but will also give you a charming look to carry around.Get your hands on these pants and wear along the classy character V leather jacket. The look will give you the strength and capabilities that the character of the game Cyberpunk 2077 withholds. 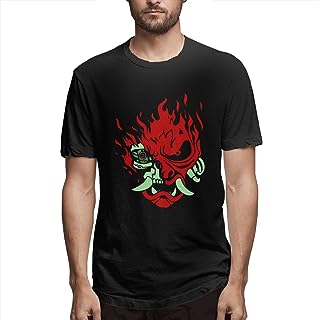 The black cotton t-shirt with a logo of Samurai in red hot color, is imitating the exact look of the Character V from Cyberpunk 2077. The black t-shirt has a smooth clothing and thus, feels comfortable when gets in contact with the skin. The apparel will make you feel possessed with the qualities and powers of the protagonist Character V.

You may wear this t-shirt on casual meetups with your buds, and enjoy the look of a powerful character that will be changing the meaning of gaming soon.

The belt is the accessory that highlights the body structure. The Character V has been geared up in a brown leather belt, having a silver metal buckle. The length of the strap is highly adjustable, along with the lock of the buckle. The vibrant brown color gives you an astounding look, when you accessorize your outfit with the look of it.

The buckle has an auto lock with a simple and sleek closure. Focus on the details and get the complete Samurai Character V look while out showing your attitude and possession. 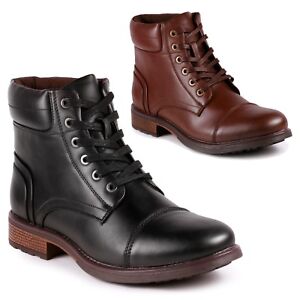 The shoes that the customizable Character V has been attired with, are brown in color, coordinating with the rest of the Samurai V costume. The shoes are made of faux leather and have a rubber sole to provide you with comfort along with the look. The shoes perfectly match the personality of the Character V, with a low heel and high-quality man-made leather.

So, complete your Character V look by getting these perfect pair of leather shoes right away. Accessorize your costume for the upcoming Halloween party. When you’re doing something crazy, do it right!

The apparel that you carry arounds, says a lot about the persona that you carry.This Halloween, instead of going with the look of characters that have been followed since ages, gear up in the costume that is new and trendy. The Character V costume is something that would distinguish you from the crowd. Or, you can ever carry the look of Sonic, by grabbing the Sonic the Hedgehog family costume – this would be something fast and steady, wouldn’t it?The above-mentioned items comprise the complete costume of the protagonist Samurai V. So, what are you waiting for? Rush now, and get your hands on the classiest outfit of the year.

Cyberpunk 2077 is surely one of the astounding videogames that is due to be released for the users of PS4 in 2020, so before the game comes out, get your costume ready and then feel the virtual reality of the videogame by gearing up in the iconic costume of Samurai Character V. Get ready to experience the wildness and strengths that you never thought of.

The Falcon And The Winter Soldier Zemo Outfits